If there’s one thing we could all do more of, it’s floss. In fact, just mentioning flossing probably makes you immediately recall your last dental visit and the “don’t forget to floss” speech! With flossing being so important, you’d think there would only be one way to do it. But there are two different camps: string flossing and water flossing. So which is which flossing method is better for your teeth?

WHEN IT COMES TO FLOSSING, THOUGH, ONE SIZE DOESN’T FIT ALL.

Bottom line: if you find string flossing too cumbersome or uncomfortable, try water flossing! If you’re going for a cheaper, less high-maintenance flossing routine, stick with string flossers. Water flossers are more effective and easier to use. However, they’re also more expensive, require more maintenance, and take up more space than string flossers do. Statistics aside, you should use whatever flossing method you find easiest to use. Because the easier it is to floss, the more often you will do it!

WHICH FLOSSING METHOD DO YOU PREFER TO USE? 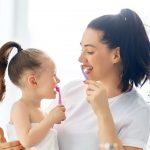 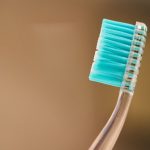 The Best Place to Store Your ToothbrushUncategorized